From flying boats to the 44Cup

Despite the America’s Cup having turned to foiling boats, many of its top sailors have still been attracted back to the 44Cup: from Dean Barker and Ray Davies to Terry Hutchinson and currently Peninsula Petroleum’s tactician Giles Scott and Team Nika’s Francesco Bruni. But this is also true further forward in the boats with Bruni recruiting his friend and long term headsail trimmer Pierluigi de Felice to race with him this season on the 44Cup.

Aside from racing with Bruni, the lure of racing in the 44Cup was also simply to bring more balance to his sailing, explains de Felice: “Otherwise as a professional sailor you get stuck in one corner of the game.” He fondly remembers the World Match Racing Tour, when, following the 2007 America’s Cup, he and Bruni (along with their present Team Nika pitman Pietro Mantovani and Ceeref powered by Hrastnik 1860 bowman Matteo Auguardo) represented Italy with the Azzurra team. “Doing the World Match Racing Tour you’d change boats from event to event. Being able to adapt to them all of the time really improves your skill, instead of being stuck on one design and being really specific to that.” 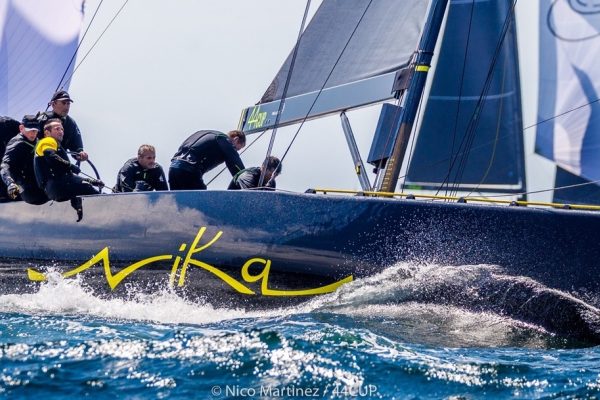